Indian Fair-Festivals make India so beautiful by Indian Cultures and traditions, In India Lots of Fair & Festival are celebrated with many type of traditions according to regions and religions.

Kite festival is the most popular festival of Rajasthan and Gujarat. Kite festival is organized every year on 14 January on the occasion of Makar Sankranti and marks the end of winter season and the beginning of a new harvest season.

We celebrate kite festival in Jaipur. It is a one day festival so everyone celebrates the festival together. Makar Sankranti festival has its own importance. It is celebrated with different names in different states and this festival is also known as Uttarayan.

Holi – A Festival of Colors: 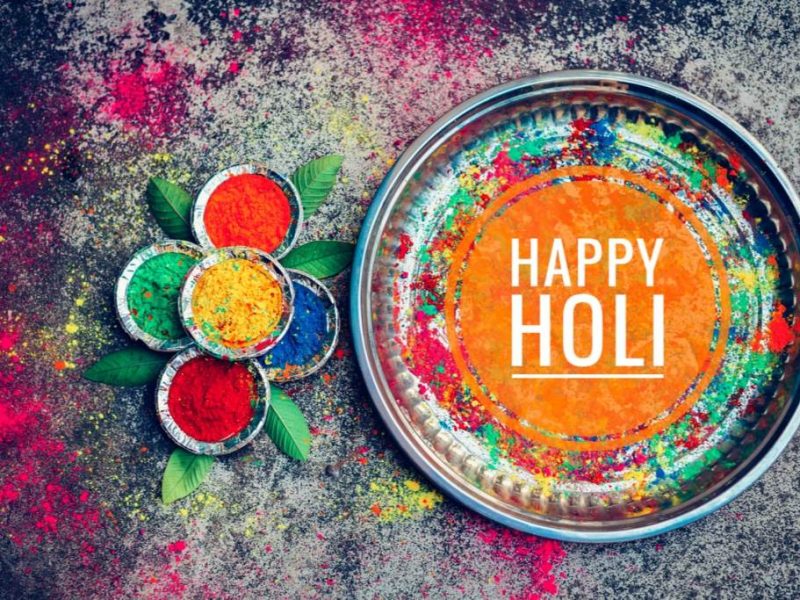 Holi is a festival of colors and it is one of the most popular festivals for foreigners as well as Indian Hindus. During this festival many tourists come to India and enjoy the festivities with colors and play Holi with local families. Holi of Mathura and Vrindavan is more famous in India and it is also celebrated with great pomp in Jaipur and Udaipur. The festival celebrates the eternal and divine love of Radha Krishna. The festival of Holi is celebrated every year in the month of March.

It begins on the night of Holika Dahan – the day before Holi – in which Holika, the sister of the evil king Hiranyakashipu, was seated in a burning fire carrying young Prahlad. Prahlad was a devotee of Lord Vishnu and was saved from the fire by his mercy, but Holika was saved. Later, Hiranyakashipu was killed by Lord Narasimha, an incarnation of Lord Vishnu. Holi – like many other Hindu festivals – celebrates the victory of good over evil. The festival of Holi is a symbol of unity in diversity. In this, forgetting mutual hatred, people apply color to each other and hug.

Navratri is one of the important festivals of India, which is celebrated to worship Goddess Durga. It is a nine-day festival, these nine days are entirely dedicated to Maa Durga (Goddess Durga) and her nine incarnations. The main story associated with Navratri is the fight that took place between Goddess Durga and the demon Mahishasura, who represents the ego. All the nine days of the festival are dedicated to each specific incarnation of the goddess; And each of these days has an important color associated with it, which devotees are expected to wear while participating in the festivities. So we have tried to break it down for you in easy words:

This festival is celebrated twice a year, the Navratri falling in the month of March is known as Chaitra Navratri. Most of the devotees of Goddess Durga observe a fast for nine days. During this Nine days festival Many tourist come in India and Enjoy this festival ceremonies. During this Festival Organize Nine Days Fair near by Goddess Durga Temple.

Diwali – A Festival of Lights:

Diwali or Deepawali  the festival of lights and the biggest festival in India, is one of the most important festivals for Hindus and is often compared to Christmas in the West. It is known as Deepawali, which is celebrated with a variety of lights, including lanterns, string lights, candles and firecrackers, symbolizing the symbolic defeat of darkness and the victory of good over evil.According to Hindu religions, the name Diwali or Deepawali comes from the Sanskrit word meaning “rows of lights”. According to Hindu religions, there are many legends associated with Diwali.Some believe that the day celebrates the return of King Rama, an incarnation of Lord Vishnu, and his wife, Queen Sita, who is an incarnation of Goddess Lakshmi, to Ayodhya after 14 years of exile, which the residents lit by rows of lamps. lit from On this day people worship and appease Lord Ganesha and Goddess Lakshmi and believe that both Lakshmi and Ganesha are the gods of wealth and prosperity. During this Festival Many Tourist Comes to India tours and enjoy this festival rituals and ceremonies.

Rajasthan is the one of the most famous destination places for International travelers. There is more to Rajasthan than the desert. The state has a rich history and a vibrant cultural legacy. You will be charmed by its mighty forts and palaces with welcoming people. Due to the world-class hospitality, Rajasthan has been a top destination for international travelers. A lot of Indian travelers also visit Rajasthan’s popular cities such as Jaipur, Udaipur, Bikaner, Jodhpur, and Jaisalmer.

Apart from widely celebrated festivals such as Diwali and Holi, there are some exciting state-specific festivals celebrated in India. These festivals highlight the culture of the region where they are held. Rajasthan is a destination that can be enjoyed by young and old. You can also enjoy a road trip across the state for an eventful journey. Here’s a list of popular festivals celebrated across Rajasthan.

Elephant Festival make it Royal Rajasthan. you Get the royal feel by watching decorated elephants in Jaipur. This one-day festival features a procession of well-groomed elephants. These elephants are painted on and adorned with gold. The festival involves female elephants and includes a race and tug-of-war. This festival attracts a huge crowd.

This fair is held in Rajasthan’s Pushkar for a period of 13 days. Traditionally, it was a camel trading fair. Horses and cattle were also traded. Now, the trading takes place before the festival itself. The Pushkar Fair offers attractions like camel safari and a ride in a hot air balloon. The camels are decorated by their owners during the fair. One can view culturally charged music and dance performances. The fair ends with attractive fireworks.

Head to Jaisalmer during the Desert Festival for an unforgettable experience. It is a three-day festival featuring a variety of cultural shows. The festival ends on a full moon night. It is a great time to be amidst the dunes. Folk dances and camel rides are popular attractions during the desert festival.

This four-day festival is held in a place called Nagaur, which falls between Jodhpur and Bikaner. It can be viewed as a cattle fair. The Nagaur Fair is a vibrant market for trading cattle. Men sport long moustaches and wear traditional dresses. There are several competitions like camel races taking place side-by-side.

Are all educational, financial and government institutions closed on public holidays in Rajasthan?

Most of the educational, financial and government institutions in Rajasthan do not work on public leave. However, there may be some who do not have leave.

Are the public holidays mentioned in the table fixed?

Most of the public holidays in Rajasthan mentioned in the table are fixed but there are some whose exact dates can be fixed just a few days before the festival, for example – Eid.

Which is the ideal time to visit Rajasthan?

Rajasthan is known for its desert and most of the year, Rajasthan experiences high temperatures. Tourists usually prefer visiting Rajasthan from November to February.

Which are some of the popular cities to visit in Rajasthan?

Jaipur, Jodhpur, Jaisalmer, Udaipur, and Bikaner are some of the popular cities to visit in Rajasthan. These cities have a variety of tourist attractions.